Those crazy little ones 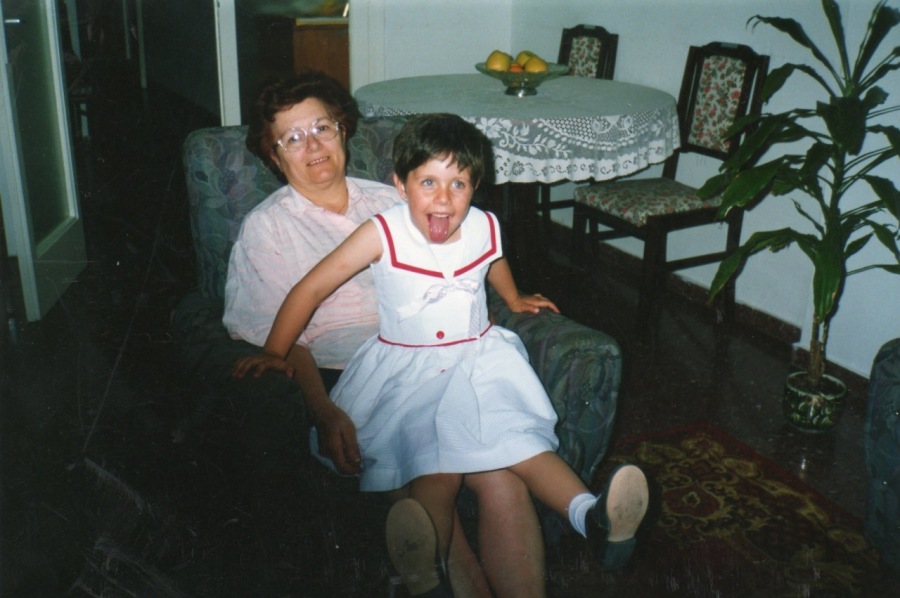 We would do anything for our children.

We would forge our character, behavior, habits, change things for them we would not do for ourselves.

We feel good about it and makes us better people, no doubt.

But unfortunately, with that alone is not enough to make us good parents.

Despite the fact that past generations have given us an example seeking a better world for their children, this is no longer so in our case.

I do not mean the environment, the economy or politics.

These things come and go, and parents can have more or less influence on it. The legacy we leave them is much worse. Family disintegration, indifference, selfishness, you name it. We have a past in which the respect for elders was sacred. And in most cases, it has not done so badly cultivating this virtue.

In the last 20 years some renowned psychologists bet not to flare up children for not undermining their creativity, not denying anything not to cause trauma, and of course, not punish them, much less give them a "slap", rather reasoning with them. 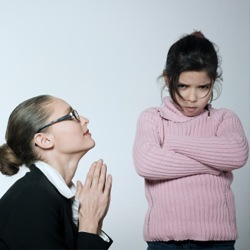 And we have fallen into the opposite extreme, in which the whole world belongs to them, is their unhindered playing territory, and we better not to say otherwise.

Slapping your own son,even if they really deserve it, in some countries, it is punishable by jail and restraining order.

Hence, more and more restaurants, airlines, hotels, cinemas and entertainment facilities in general, are hanging the sign "Children NO".

It hurts those who hurt, but we must recognize that somehow they are right.

A marital separation process is a right. Nobody denies that. But the children also have rights: to be happy, not be manipulated or used to hurt the "ex" ... in short, those who read this know what is all about, actively or passively, but the worst is:

What lesson do these children learn from their parents? What they are going to become at the look of this example? 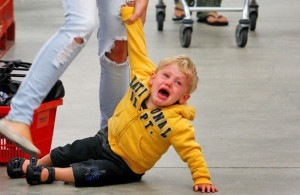 "I want it all and I want it now" (otherwise, I am driving you mad until I get it)

And we yield. Increasingly. It may seem to give them everything they want will satisfy them.

But no. Nothing is enough. What happens in many cases is not that they want "something".

What they actually seek, in most cases, it is the parents' attention at any cost. As being children, and therefore inexperienced, they do not know the concept of moderation. Therefore they want our attention, all and all the time, and hardly understand that they are not the center of the universe. Actually,  they seek one thing we all seek. To feel being loved. And that is not achieved by giving absolute but quality care. Or at least, so I learned it from my parents.

Children have rights ... AND ALSO DUTIES.

Yes, yes, duties, and not those of the school.

1. Obey your parents while they remain under his authority, and always respect them.

2. To contribute equally, according to their means, to lifting loads of family while living with it.

Although we could talk about the legal consequences of missing those duties, yes there are, in my view are more important to this post the moral consequences of not teaching children that along with rights, there are also duties. And that is something they will need all their lives, like it or not, so the sooner they learn it, the better their life will be. Both me, as all who read this, our parents taught us well, and we were not hurt nor had such traumas for it.

You can not miss the conference by juvenile judge Mr. Emilio Calatayud, in a workshop on cyberbullying and violent crimes committed by children and adolescents (Sorry, only in Spanish)

First of all, I want to make one thing clear. I love children. I have a daughter 26 years I've raised without the help of his mother since my daughter was 12, with the invaluable support of my parents, and is a grown woman, self-sufficient and very mature.

I dedicate this post and this song of Serrat to her

I come late to this very important buzz and discussion. From my perspective, the environment we provide for our children is made up of a reality with safe and nurturing boundaries. First boundaries, I am the adult and you are the child. I take care of you, you don't take care of me until you are an adult yourself. We are not perfect but we are perfect role models to show our children what we do when we make a mistake and how we respond to our mistakes. Because we have been influenced by our upbringing, we must be aware, and consciously so, about what we want to pass on and what we want to change. Finally, I would like to add that, we don;t have to do it alone. It's perfectly acceptable to recognize that there are things beyond our understanding and that if we find ourselves questioning what we do or reacting to what our children are doing, ask for help. Either parenting groups, support groups, individual support, whatever you need, but with others, not on your own reading a book. Share the book with another parent and talk about it. Thanks again David.

#11
Yes @Praveen Raj Gullepalli, ..."if only we could". But we can't. They will not learn from what we teach them, only from our example, and not always. We, as parents, do not realise what a big task and full of responsibility is to have a child when we think about having them. For the humankind's sake, is better we don't know it in advance, otherwise we might think it twice​. But life is very powerful, and it does not give us all the hints in advance, so we go ahead, and improvise on the go. Above all, love is the key.

#6
You are absolutely right Irene Hackett by saying "we all want the children to be protected from the battle scars" We can only give them the best ourselves, and pray they copy it, and that it works for them. The song of Serrat says at the end : Nada ni nadie puede impedir que sufran, (Nothing and no one can prevent them suffering) que las agujas avancen en el reloj, (that needles moves ahead in the clock) que decidan por ellos, que se equivoquen, (that they decide for themselves, that they get mistaken) que crezcan y que un día nos digan adiós (that they grow older and that one day, they tell us goodbye) In fact, this is the last we can expect, as you say " I am learning to trust the love that I have for them as being what is real and what can heal" Nobody is perfect. Love is. You give them love, and that'ts all they need. For the rest, they find their own way, knowing they can always backup and look for more love from you, for more gasoline to move on. Thank you for your meaningful comment.

#6
Dear sister Irene Hackett- it is a great privilege to be my sister. I am honored for very few in this world would write such moving flow "Are there any perfect children? Can we, as humans, accept our imperfections? It is here in these imperfections that we practice forgiveness from which the flower blooms". You are terrific, Irene

#3
This buzz came to my mind after some nice and motivating comments on the buzz https://www.bebee.com/producer/@david-navarro-lopez/can-the-character-be-forged spanish version. We mostly think we have no time for children, but we should analyse the time we are using for rubbish activities, and decide what is more important. Publicity is convincing us of things are absolutely false

#1
Yes, we are bedazzled by technology and we use it to anything, most sadly, to keep children away and silent while we do our own thing. And games companies or tv "supposedly" children programs are now the ones who are transmitting values to our children instead of ourselves. All these technologies are giving subliminal messages and terrifically harmful lessons to our children, promoting cheating, selfishness, lack of honesty, discrimination, bullying...you name it. Humans, crazy we are

This is a hugely important buzz dear David Navarro L\u00f3pez. I paused while reading this "Family disintegration, indifference, selfishness, you name it. We have a past in which the respect for elders was sacred". I agree and wish to add our lifestyles changed to the worse. We live away from parents and unlike before. I recall my childhood in a town surrounded by water springs, oak trees, white sands and the beauty of natural flows. My grandparents never failed to take us out telling us stories while listening to the breeze or running water. Gone are those days. Yes, separateness is the new style of life and children lose the opportunity to live with people who give them real love and attention. How much technology changed our values and social lives in a way o harm the future of our children. We need a wakeup call like this valuable buzz. 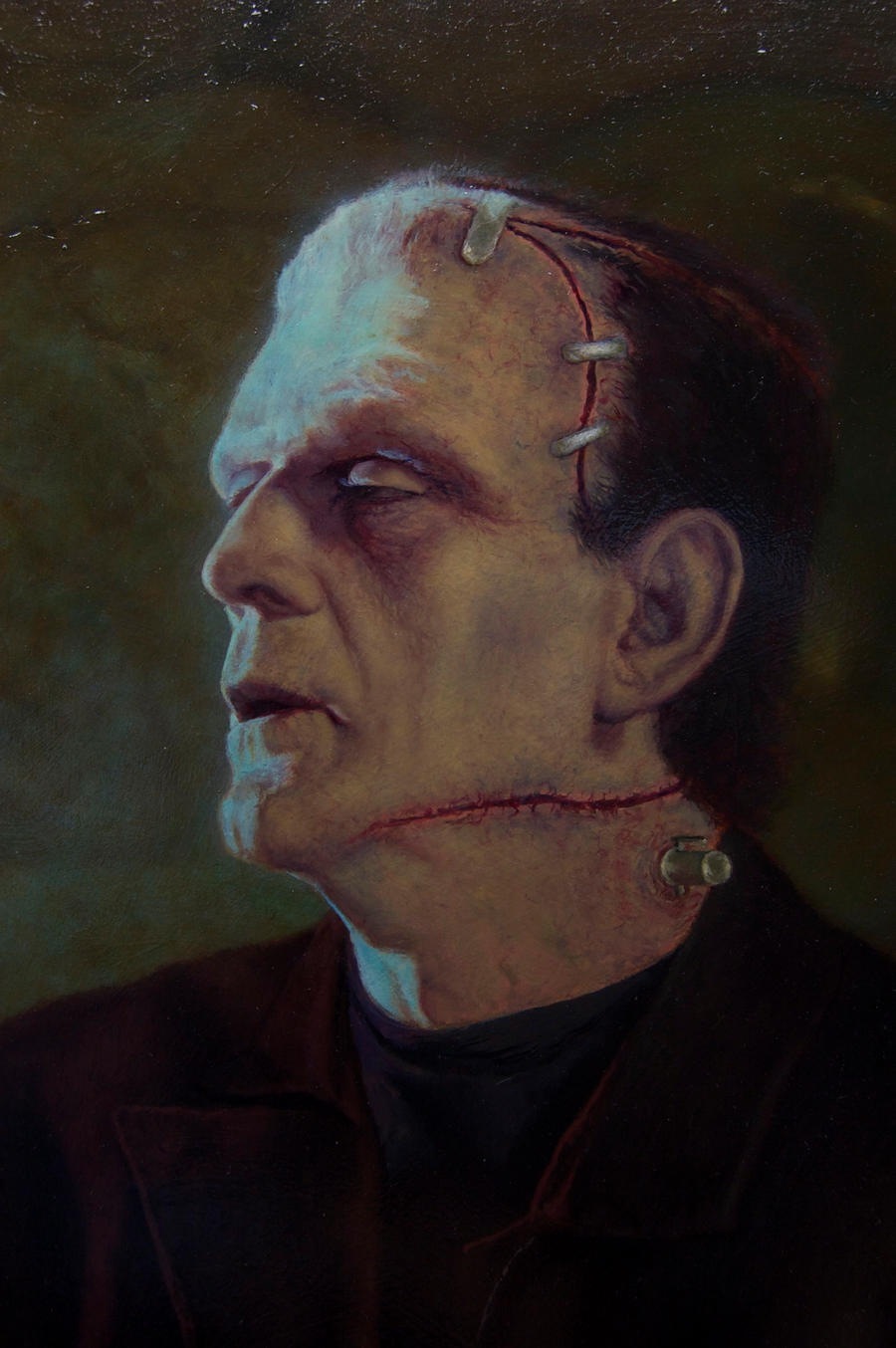 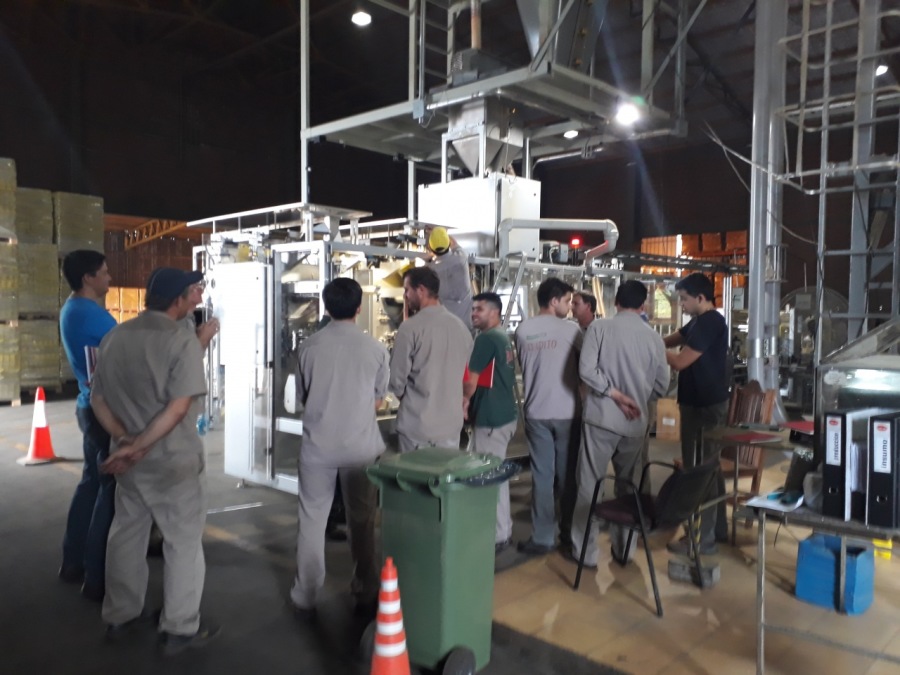